Just last month, the CEO of ConocoPhillips, Ryan Lance, was quoted as saying, “We’re in the first inning of a nine-inning game on the shale revolution in the United States.” I couldn’t help to think how nicely this summarized some of the points our speakers made about oil and gas in the Gulf of Mexico during last week’s Project Excellence conference at Minute Maid Park. 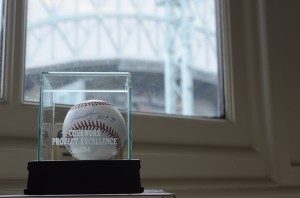 This year we had the pleasure of hosting familiar faces and new friends from Chevron, McDermott, Maersk Oil, SGCEnergia, CB&I, Freeport LNG, IHI E&C, SBM Offshore, and more. Our theme was Capital Projects – A Whole New Ball Game, and everyone who presented had the same underlying message: we’re seeing a boom in the Gulf causing megaprojects to be the most complex we’ve ever seen, requiring massive volumes of information from multiple contracting parties located around the globe.

To kick things off at Project Excellence, we invited Industrial Info Resources (IIR) to give us some background on the types of capital investment oil and gas companies in the region plan to take on in the near future.  Chris Paschall and Trey Hamblet did an excellent job of running through the Oil & Gas and Chemical markets. The Gulf Coast is busier than it has been in decades. Domestic crude oil production is currently at 7,864k BBL/d and projected to reach 11 MM BBL/d by 2020. Chris pointed out that we haven’t seen this kind of production since 1989. Going back to Mr. Lance’s quote, we can thank regions like the Eagle Ford and the Permian Basin for a big chunk of the increased oil and gas production we’re seeing today.

But the challenge now is, how do we move it all around? This takes a massive investment in infrastructure. According to IIR, in Canada and the US alone we can expect to see about $45 Billion spent on pipelines and storage facilities this year. By the end of 2018, new pipeline capacity will transport an additional 1,610,000 barrels a day of domestic production to the Gulf Coast market. Additionally, the increase in natural gas supplies has led to low natural gas prices, which has encouraged a chemical processing renaissance. IIR estimates that an impressive 80% of proposed chemical projects in North America will go to construction this year. The main beneficiaries of this cheap natural gas feedstock include ethylene, ammonia, and methanol producers. Petrochemical investments alone are forecasted to be greater than $26 Billion in 2014. And oil and gas overall spending in North America is planned to be $76 Billion, a 24% increase from 2013.

As Tony Salemme pointed out, because of the oil and gas boom, construction spend in the Southwest region is up 28% (compared to just 1.5% in the rest of North America).  There are major wage rates and per diem escalations predicted from now until 2020.  Certain trades stand to benefit more than others. For example, Tony referred to one particular contractor in Lake Charles who has seen wages for pipefitters go up 11% in last 3 months! If all projects currently estimated with a 70%+ confidence level move forward as scheduled, Tony predicts that the Gulf region will reach its peak in labor demand between 2015 and 2017. As a result, it’s estimated that Lake Charles and Houston will have shortages in all crafts from 2014 to 2020.

So it appears as though we have more oil and gas than we know what to do with, but we’ll be in short supply of labour. How are we going to build all of these megaprojects? As Theresa Baldwin of OpAmp Information Services pointed out in her presentation, there's a lot of pressure to do more with less time and less staff. Projects today are so large and so complex that more bodies are not able to solve the issues related to the management and oversight of the mountain of information coming and going. With the number of people jumping from company to company for higher wages and 30% of the workforce approaching retirement, systems and processes on projects are becoming increasingly important.

How do project owners ensure the consistent execution of project work processes and information management practices in this kind of environment? Theresa explained there are three things key to the overall management of this information:

Theresa walked us through the number of documents that a small-sized, a typical medium-sized, and a mega-sized offshore project can generate. Even a small $250 Million subsea equipment design can generate 65,000 plus documents. A typical medium-sized, offshore project generally ranges from $6 to $10 Billion and has a five year duration for design from pre-FEED to start-up. Pre-FEED for this typical project will be executed in a major EPC hub like Houston with heavy steel fabrication and primary construction work being done in Asia, topsides will likely be fabricated around the globe, and everything will eventually be transported to a central location for integration and commissioning. This typical project will generate over 400,000 technical documents and 70,000 general documents like correspondence and changes. A $20 Billion LNG project with onshore and offshore development approaches 1,000,000 documents! And 30% of these documents come through for review and then again for acceptance or change approval.  Owners and EPCs just can’t handle this amount of information without an automated workflow system. 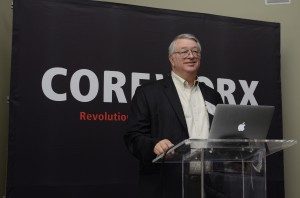 Steve Harper, a recently retired Project Director from Fluor, went on to point out that a megaproject used to be defined as having a $1 Billion total install value, but today’s average oil and gas project is $6 Billion or more. Projects of this size have massive impacts at the point they’re being designed, fabricated, transported, and installed. As a result of the complexity involved, contractors are becoming increasingly narrower in their capabilities, demanding more contractors and therefore generating additional interfaces on projects.

Steve admitted that 15 years ago it was sometimes just easier to ignore interface management. Project and contract managers used to take on interface management themselves, but this was a challenge because they were distracted. Record keeping was casual, and communication was haphazard.  Status reports took two weeks and were subject to uncertainty. In fact, in 2003, IPA reported the success rate for oil and gas megaprojects was 50%. By 2012, IPA reported a decline to 22% success. (Keeping in mind that IPA defines a “successful” project as one that finishes within 25% of its budget. So, on a $10 Billion, four-year project, this means that coming in at $2.5 Billion over budget and one full year behind schedule is considered to be successful!). 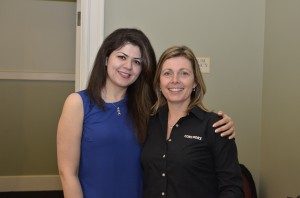 As Samin Shokri, PhD candidate in Construction Engineering and Management at the University of Waterloo, explained at the beginning of her presentation, implementing interface management will lead to more effective risk management in megaprojects. Electronic Product and Process Management Systems (EPPMS), like our Coreworx Interface Management Express solution, have emerged to facilitate the execution of megaprojects by linking project stakeholders over a range of distances via the internet, formalizing and automating work processes, and automating the document management system.

We were thrilled to have such knowledgeable and experienced speakers participate at this year’s event. And the feedback from attendees has been great. Here are some of the most memorable quotes: 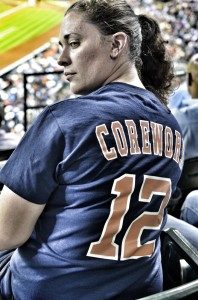 Tony Porter of Porter & Associates wrote, “Thank you, Vernon and the Coreworx team for a great conference yesterday.  The information was very informative and well delivered!  You guys were great baseball hosts as well, just a fun evening.”

Chenier La Salle of the Consulate of Canada in Houston wrote, “Thanks for the invite. The event was very well organized. The linking to academia was clever as well. Rubs off real well on your product.”

Morgan Streets of SGCEnergia wrote, “Coreworx, thanks as always for such a fun and informative day of industry news! As a document management professional, I always look forward to and count on connecting with other professionals in the oil and gas information management world. Glad to hear about the new modules being introduced to your product suite and look forward to implementing them here at SGC.”

Select Different CTA for each Post from Blog Editor

Let Us Know What You Thought about this Post.